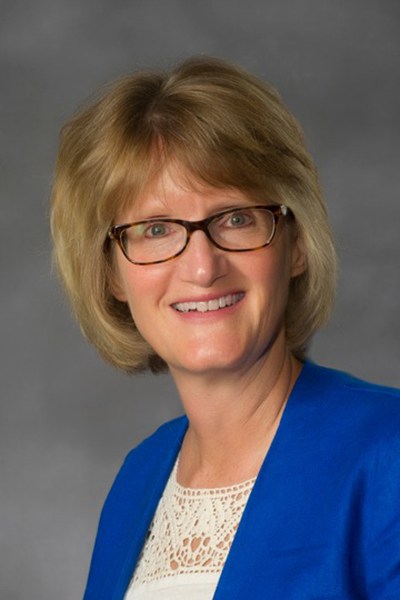 Two projects are ongoing in our laboratories; both encompass the design, synthesis and characterization of new materials. The first project involves the preparation of liquid crystalline materials. Liquid crystalline star polymers contain mesogenic or rigid groups attached to a central cyclic core. Star materials are of interest because they combine the properties of low molar mass LC’s with those of polymers. Advantages of star materials include reduced viscosities, fast response to external stimuli, good solubility and low glass transition temperatures. The recent developments in controlled free radical polymerizations such as Atom Transfer Radical Polymerization allows formation of well defined star materials with controlled architectures. The focus in our labs is to synthesize LC star shaped materials containing mesogenic groups eminating from a cyclic siloxane core. In this study the “core-first” method is employed to prepare 4-arm star materials via ATRP of mesogens derived from cinnamic acid. Star polymers containing 5, 10, 20, 40 and 80 mesogens per “arm” were prepared. Linear polymers were also prepared via ATRP for comparison with the star materials. Techniques including SEC, DSC, NMR and polarizing microscopy are used to characterize these materials.

A second project involves the development of new synthetic strategies that allow immobilization of molecular recognition agents, such as antibodies, for the preparation of novel sensors. Traditional immunoassay methods require that either the antibody or antigen be immobilized onto a solid substrate. However, factors such as “mode of attachment” and “anchoring location” can alter the binding affinity of immobilized antibody. This project focuses on optimizing the chemistry for immobilizing antibody onto surfaces having varying geometries, and assessing antibody activity, orientation and concentration on the surface. The synthetic strategy utilized incorporates the following characteristics: covalent immobilization of antibody to support surfaces, site-specific attachment to the antibody, spatial separation of antibody, close packing of tethers to the surface, highly branched tethers that increase surface area and antibody density, rigidly ordered groups to prevent collapse of the surface layer, polarizable functional groups to maintain order, agents whose physical and solubility characteristics are temperature sensitive, and end groups that allow ease of binding to various surfaces. Fluorescence and infrared spectroscopy, and electrochemical measurements are used to probe the immobilization process and surface coverage of biomolecules. Such analyses allow assessment of the impact of the substrate, potential, solvent, temperature, pH, and storage conditions on the behavior of the immunosensor. This research should be applicable towards development of immunosensors for both small and large antigens ranging from food poisons to chemical warfare agents.