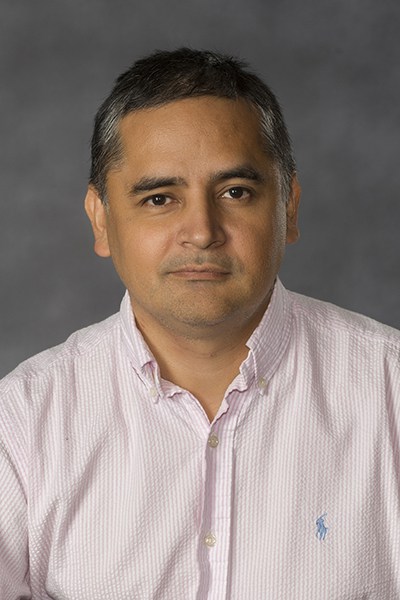 Research in our lab revolves around using various methodologies to address specific problems in bioanalytical and physical electrochemistry. Students gain experience in electroanalytical techniques to characterize molecular and particulate entities for sensing applications or to elucidate complex electrochemical mechanisms. Other methodologies that are used in our lab depending on the project may include: UV-Vis/Fluorescence Spectroscopy, Electron Microscopy, XPS, NMR, Mass Spectrometry, cell-culturing techniques, ultramicroelectrode fabrication, and simulations with commercial software packages like DigiSim, MatLab and COMSOL Multiphysics. Currently we are pursuing projects in the following areas (representative publications included):

We aim to develop electrochemical methods that measure size, charge, and shape of cells (microbial and human) for biological cytometric applications. In this vein, we also study emulsion droplets as cell models because their size and charge can be easily controlled for fundamental investigations connecting structure with electrochemical signal. To this end, we employ Single Entity Electrochemistry, a recently developed approach for characterizing microscopic particles using micrometer-size electrodes. The signal in this case arises from stochastic collision or adsorption events of the particle at the electrode surface, thereby allowing single-particle resolution due to the low noise and comparable size of ultramicroelectrodes.

Our goal is to investigate structure-reactivity principles that govern the concerted transfer of protons and electrons (proton-coupled electron transfer or PCET) in reactions that produce electrochemical energy. In living systems, PCET reactions are responsible for biochemical energy production (i.e. photosynthesis, respiration, etc.) and are believed to follow a concerted pathway as a way to maximize kinetic and thermodynamic efficiency. Currently there is no recipe for recreating the molecular conditions or designing a catalyst that elicit the dominance of the concerted PCET pathway with enough efficiency to produce renewable electrochemical energy cheaply. We aim to elucidate how pKa and redox potential determine the rate and dominance of the concerted pathway in comparison to the sequential routes at different thermodynamic gradients. For this purpose, we work with model systems that allow systematic variation of pKa and redox potential in different conditions.

The surface of microchannels is used as charge-sensing element for detecting adsorbing molecules or particles on the surface by monitoring the streaming potential. This is a spontaneous ion gradient generated when solutions move through a microchannel by pressure-driven flow. At the microscopic interface between the liquid and the surface, the forward liquid flow creates a downstream excess of surface counterions which is manifested as a potential difference along the flow axis and can be detected by two electrodes located at the outlets of the microchannel. Adsorption processes can be detected by measuring the polarity and magnitude of the potential, which is also proportional to the liquid pressure and the Z-potential of the microchannel surface.