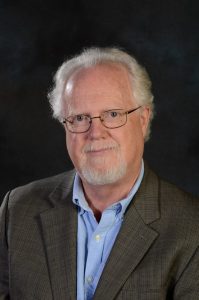 Probing the Transition from Molecules to Particles

Particles in the low nanometer size regime are formed from the vapor phase throughout the atmosphere, some when hot, vapor-laden gases are released into cooler air, contributing to high near-roadway concentrations of ultrafine particles that have been linked with adverse health effects among those who live, or spend time near high-traffic roadways.  Others form when low-volatility products of atmospheric reactions nucleate to form stable clusters and particles.  Recent estimates suggest that the latter process produces half the particles in the global atmosphere.  Those that grow to act as cloud condensation nuclei profoundly influence climate through the impacts on the global radiation budget; others are lost by coagulation with larger, pre-existing particles and other mechanisms.   Advances in measurement techniques now make it possible to bridge the gap between mass spectrometric measurements of molecular clusters and particles as they pass the critical cluster size.  With these state-of-the-art methods, new particle formation is now being directly measured in the ambient environment.  Parallel studies in an ultra-clean atmospheric chamber facility in the CLOUD experiment at CERN are providing insights into the multicomponent molecular pathways of new particle formation and growth under conditions and chemistries that simulate both the modern and the pre-industrial atmosphere.

Richard Flagan is the Irma and Ross McCollum/William H. Corcoran Professor in the Divisions of Chemistry and Chemical Engineering and Engineering and Applied Science at the California Institute of Technology. He is a graduate of the University of Michigan where he received a B.S. degree in mechanical engineering, and of the Massachusetts Institute of Technology, where he received a Ph.D. degree in mechanical engineering. Professor Flagan is widely acknowledged for his research on aerosols, both in the atmosphere and in aerosol processing of materials. He has made numerous contributions to aerosol measurements, including the scanning mobility particle sizer, and new mobility analyzers that enable measurements of particle size distributions to 1 nm in diameter. Professor Flagan has received numerous awards and honors. He is a member of the U.S. National Academy of Engineering. Professor Flagan received the Fuchs Award which is given jointly by the American Association for Aerosol Research, the Gesellschaft für Aerosolforschung, and the Japan Association of Aerosol Science and Technology in 2006.  This award is given every four years, an award that is given every four years and considered the highest honor bestowed for work in the field of aerosol science.  He has also received the American Chemical Society Award for Creative Advances in Environmental Science and Technology, and the Thomas Baron Award in Fluid Particle Systems from the American Institute of Chemical Engineers, among numerous other awards.  He has served as President of the American Association for Aerosol Research, and Editor in Chief of its journal, Aerosol Science and Technology. He is the author of numerous scientific papers, and one book, Fundamentals of Air Pollution Engineering.  He also holds a number of patents for instruments that he has invented and for a number of aerosol reactor technologies.